At the age of 54, John B. Goodenough invented the lithium battery which powers all our smart phones, tablets and laptops – as well as electric cars. 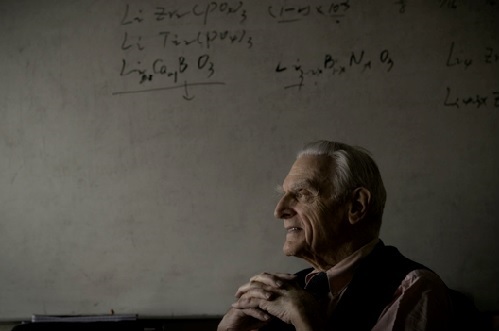 37 years later at the age of 94, John has unveiled a new, ultra-efficient, low cost battery which uses a sodium or lithium coated glass electrolyte. It will dwarf his original invention and make it redundant.

The new glass battery will allow electric cars to go three times the distance, and recharge in minutes instead of hours. It’s also far safer as it won’t explode and can operate in sub-zero temperatures.

The new glass battery will power our future solar powered and electric vehicles, homes and industries.

But John isn’t finished yet. He still works every day as a Professor at the University of Texas.

John believes humanity has a 30 year window to come up with an even more powerful “super battery” to take us entirely off fossil fuels, before the environmental damage we are creating becomes irreversible, and says, “I want to solve this problem before my chips are in ….. I still have time to go.”

So if you ever think it’s too late to be successful, just remember John B. Goodenough. 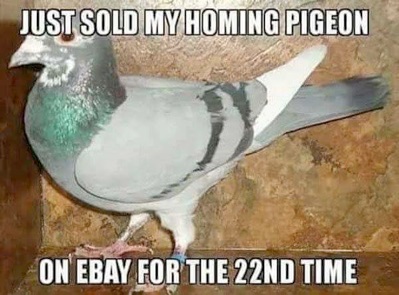 For two years a multi-millionaire was having an affair with an Italian woman.

One night, she confided in him that she was pregnant.

Not wanting to ruin his reputation or his marriage, he paid her a large sum of money if she would go to Italy to secretly have the child. If she stayed in Italy to raise the child, he would also provide very generous financial support to both her and the child.

She agreed, but asked how he would know when the baby was born. To keep it discrete, he told her to simply mail him a post card, and write “Spaghetti” on the back.

He would then arrange for the child support payments to begin. One day, about 9 months later, he came home to his confused wife. “Honey!” she said, “you received a very strange post card today.”

“Let me see,” the husband said a little flustered.

The wife watched as her husband read the card, turned white, and fainted.

On the card was written:

Although we're only born with two fears – the fear of falling and the fear of loud noises – research... END_OF_DOCUMENT_TOKEN_TO_BE_REPLACED

Whilst on holiday in the US I got chatting to an old Kentucky farmer named Bo who told me, "Never... END_OF_DOCUMENT_TOKEN_TO_BE_REPLACED

Business growth is just what it sounds like. When a business gains a certain amount of success, it will subsequently... END_OF_DOCUMENT_TOKEN_TO_BE_REPLACED