Yesterday I was reminded of this remarkable story …..

On a cold January morning in 2007, at a Washington DC underground station, this man with a violin played six Bach pieces for about 45 minutes. 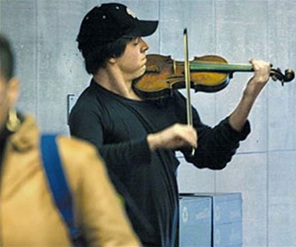 Approximately 2,000 people went through the station, most of them on their way to work.

After about 3 minutes, a middle-aged man noticed that there was a musician playing.

He slowed his pace and stopped for a few seconds, and then he hurried on to meet his schedule.

The violinist received his first dollar.

A woman threw money in the hat and, without stopping, continued to walk.

At 6 minutes – a young man leaned against the wall to listen to him, then looked at his watch and started to walk again.

A 3-year old boy stopped, but his mother tugged him along hurriedly. The kid stopped to look at the violinist again, but the mother pushed hard and the child continued to walk, turning his head the whole time.

This action was repeated by several other children, but every parent; without exception – forced their children to move on quickly.

At 45 minutes – the musician played continuously.

Only 6 people stopped and listened for a short while.

About 20 gave money but continued to walk at their normal pace.

He finished playing and silence took over.

No one noticed and no one applauded. There was no recognition at all.

No one knew this, but the violinist was Joshua Bell, one of the greatest musicians in the world. He played one of the most intricate pieces ever written, with a violin worth $3.5 million dollars.

Two days before, Joshua Bell sold-out a theatre in Boston where the seats averaged $100 each to listen to him play the same music.

This is a true story.

Joshua Bell, playing incognito in the D.C. underground station, was organized by the Washington Post as part of a social experiment about perception, taste and people’s priorities.

The experiment raised a number of questions most notably:

If we do not have a moment to stop and listen to one of the best musicians in the world, playing some of the finest music ever written, with one of the most beautiful instruments ever made…

How many other things are we missing as we rush through life?

Whilst the phrase Carpe Diem is a useful reminder to live each day fully, it’s not very practical since you can’t actually seize the day.

What you can seize, however, is the moment.

The revered psychologist Abraham Maslow said that each moment presents an opportunity, where we can either step forward into growth, or step back into safety.

Whatever we decide to do with each moment, once it’s gone, it’s gone forever.

If we want to close the gap between the results that we’re capable of achieving and what we’re actually achieving, then we need to seize the moment or in Latin, Carpe Punctum.

Enjoy life now….. it has an expiry date.

Ps. Here’s a video of the great Joshua Bell in action:

Beauty lies in the hands of the beer holder. 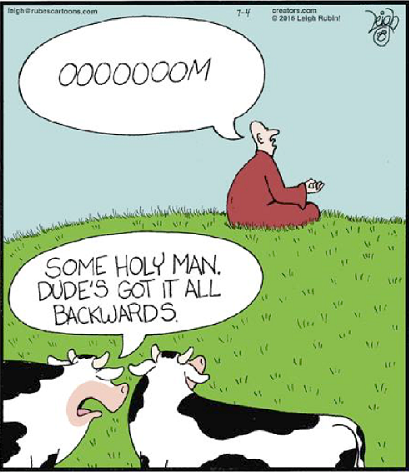 Cataracts are the third biggest cause of blindness. Religion and politics are the first two.

The divorce of the two clowns led to a custardy battle.

Although we're only born with two fears – the fear of falling and the fear of loud noises – research... END_OF_DOCUMENT_TOKEN_TO_BE_REPLACED

Whilst on holiday in the US I got chatting to an old Kentucky farmer named Bo who told me, "Never... END_OF_DOCUMENT_TOKEN_TO_BE_REPLACED

Business growth is just what it sounds like. When a business gains a certain amount of success, it will subsequently... END_OF_DOCUMENT_TOKEN_TO_BE_REPLACED