Just as the giant cruise ship was about to depart, fully laden with passengers, the engine failed.

Panic quickly ensued as various teams of engineers failed to restart the engine and the passengers became ever more irate.

A retired ship engineer who lived locally was summoned.

He embarked with his small bag of tools and inspected the engine very carefully. Having completed his inspection, he reached into his bag and pulled out a hammer and gently tapped something.

Instantly, the engine lurched into life. It was fixed.

A week later the owners received a bill from the old man of $10000.

“What?!” the owners exclaimed. “He hardly did anything.” The owners wrote to the old man and asked him to submit an itemized invoice which he duly did: 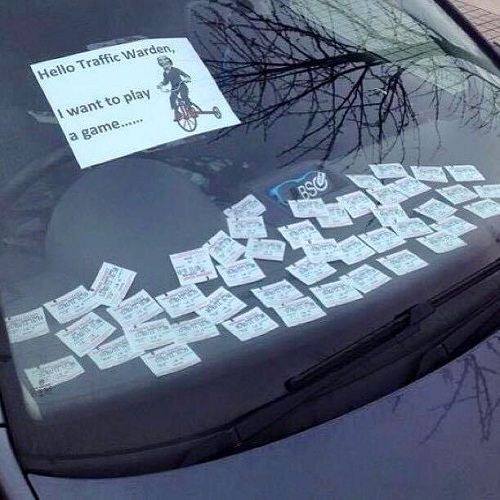 The problem is that it clashes with his wedding day….. He applied for tickets, but didn’t expect to get them. He then forgot about it, but lo and behold, the tickets arrived yesterday.

I know this is short notice, but he’s asked if you know of anyone who would be interested in getting married in a fortnight?

Although we're only born with two fears – the fear of falling and the fear of loud noises – research... END_OF_DOCUMENT_TOKEN_TO_BE_REPLACED

Whilst on holiday in the US I got chatting to an old Kentucky farmer named Bo who told me, "Never... END_OF_DOCUMENT_TOKEN_TO_BE_REPLACED

Business growth is just what it sounds like. When a business gains a certain amount of success, it will subsequently... END_OF_DOCUMENT_TOKEN_TO_BE_REPLACED