Scientists show how to get fit in 60 seconds …..

Seven years ago Steve Way weighed 16 1/2 stone, had high-blood pressure, a 20-a-day smoking habit and an addiction to takeaways and chocolate. 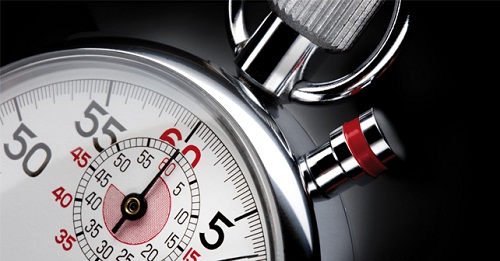 His doctor told him that he was well on his way to becoming diabetic and suffering a heart attack. That night, while he lay awake after a coughing fit induced by his smoking, Steve had an epiphany to transform himself through running.

Last week, six stones lighter and 10 inches leaner around the waist, Steve ran the fastest ever marathon by a British over 40 year old, clocking a time of 2 hours and 15 minutes.

But researchers at Abertay University have found that you don’t even need to run a mile, let alone a marathon, to get healthier and that it’s never too late to start.

In a recent study they discovered that Pensioners can dramatically boost their health by doing just one minute of high intensity training (HIT) twice a week. The critical factor is not the duration, but rather the intensity (at your absolute maximum) and frequency of the exercise. Ten 6 second high intensity bursts with a short rest between each, twice a week, significantly improves health.

In his excellent book Younger Next Year, gerontology expert Dr. Henry Lodge says that we’re built on the same chassis as our hunter gathering, cave dwelling ancestors. Our body needs short, intense bursts of “hunting” to stay in good condition.

The evidence is unequivocal: a HIT a day keeps the doctor away.

Steve Way’s rude awakening spurred him to avoid a tragic health outcome, take a step towards transformation and go from feeling terrible to terrific.

A setback – be it physical, financial or emotional – is often a setup for greater growth and gain.

Reframe the setback and bounce back.

Why aren’t these everywhere: 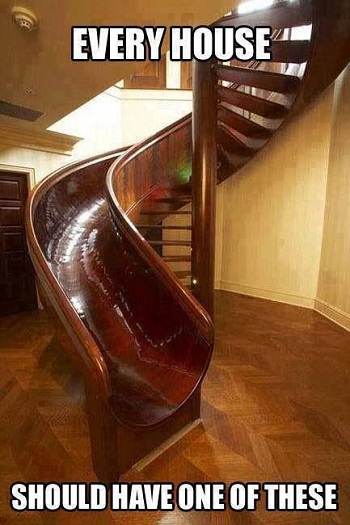 Men are like lino floors. Lay ‘em right and you can walk all over them for many years – Betsy Salkind

When a man opens a car door for his wife, its either a new car or a new wife – Prince Phillip

Having more money doesn’t make you happier. I have 50 million dollars but I’m just as happy as when I had 48 million – Arnold Schwarzenegger

As I hurtled through space, one thought kept crossing my mind: every part of this rocket was supplied by the lowest bidder – John Glenn

Although we're only born with two fears – the fear of falling and the fear of loud noises – research... END_OF_DOCUMENT_TOKEN_TO_BE_REPLACED

Whilst on holiday in the US I got chatting to an old Kentucky farmer named Bo who told me, "Never... END_OF_DOCUMENT_TOKEN_TO_BE_REPLACED

Business growth is just what it sounds like. When a business gains a certain amount of success, it will subsequently... END_OF_DOCUMENT_TOKEN_TO_BE_REPLACED